Lost with Redux and sagas? Implement them yourself! 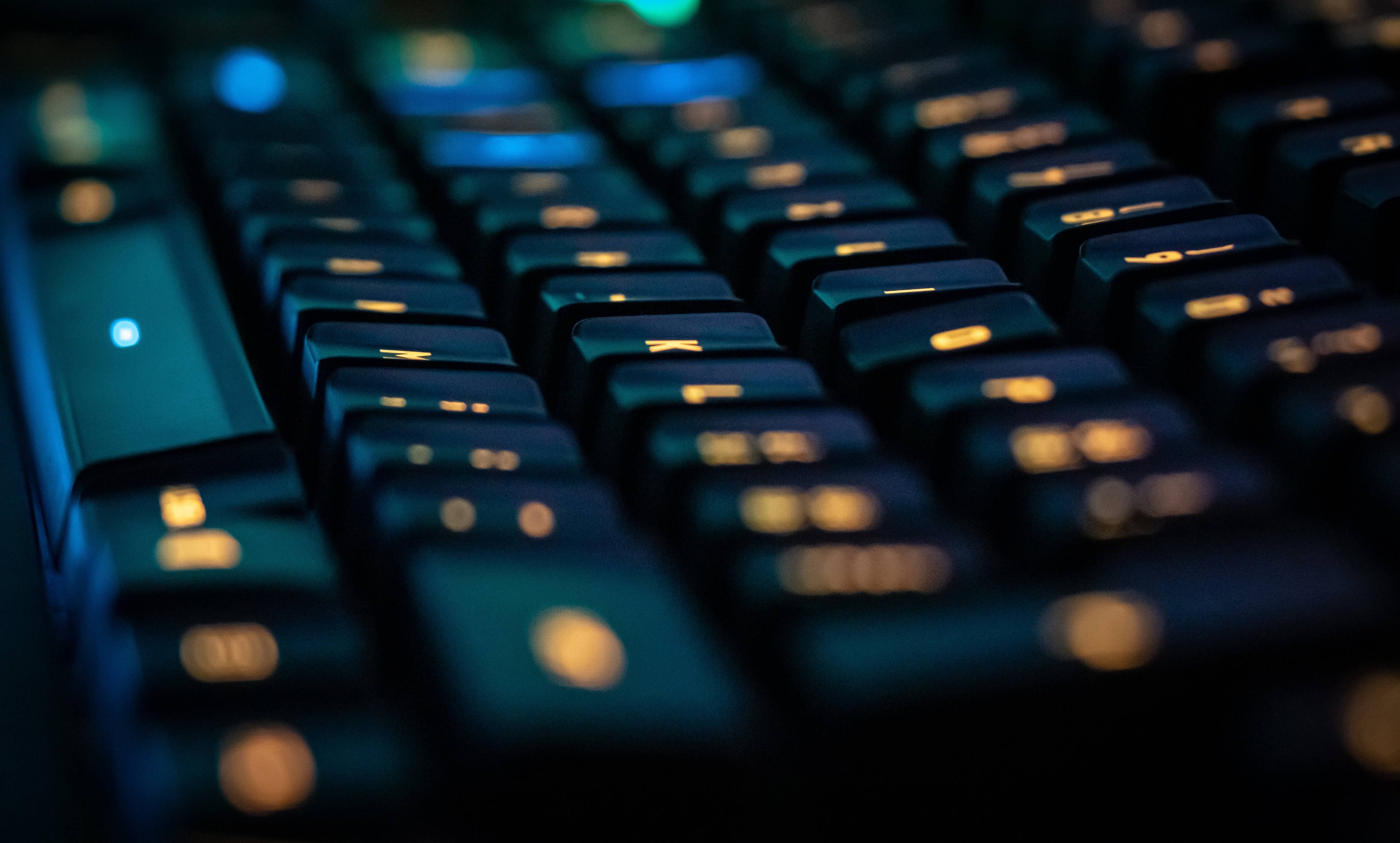 You can use everyday a library such as React, Redux or Redux-Saga. You can be perfectly efficient with it. You can be able to tell others why it is nice or not, and wether they should use it or not. But at the same time it’s possible you consider it a bit magic. It does a lot under the hood, and you can’t explain how it works. And that makes it difficult for debugging, testing, or just to use all its features.

I used to live exactly that with Redux-Saga. And in my opinion, one of the best ways to understand how a library works is to try to implement it yourself. Well, obviously a minimalistic version of it.

This article is not an introduction to Redux or Redux-Saga. There are plenty of them on the web, including their respective official documentations (Redux, Redux-Saga). I suppose you already know basics but want to know more about what’s really inside.

In this article, I’ll show you how to write basic implementations of Redux and Redux Saga. If you use them in your React projects, you could discover they’re not as magical as they may seem.

Final source code and samples are available in this sandbox, if you want to see the result right now.

Create a store with Redux

The base concept of Redux is the store. To create one, you’ll need a reducer and an initial state. If we suppose that the initial state is determined by what the reducer returns when no state is provided to him, we can define a createStore function taking only a reducer as parameter:

When we want to dispatch an action, the store has to update its state, using the reducer to get its new value:

The base functionality is here, but our store is pretty useless if we can’t subscribe to state updates. To handle these subscriptions we’ll use a publicly accessible event emitter. Similarly, we’ll offer an event emitter for actions; we’ll use it when implementing Redux-Saga.

That’s it. Does it seem too easy for you? Let’s try it to see if it actually works.

Then let’s create our store and make it available globally so we can play with it in the console:

In the console, we can check that our state is initialized correctly, then subscribe to state updates, and dispatch an action:

Everything looks fine, right? And our Redux implementation is only ten lines of code! Of course the actual Redux has a lot more features or optimizations. For example, middlewares. Although they’re not that complicated to add to our implementation, if you feel inspired 😉

Second task, rewrite Redux-Saga. It is a little more complicated, since the base concepts of the library are themselves more difficult to understand.

First thing to know: sagas are generator functions. Said quickly, a sort of function which execution is stopped when encountering a yield instruction, and resuming shortly after 🤔. If you want to understand them deeply I suggest you to read Generators chapter on ExploringJS, or maybe just to have a look at what Babels transpiles a generator function to. Again, nothing magic about that!

Generators applied to sagas may be easier to get when you understand the concept of effect. Sagas must be pure functions, i.e. not trigger side effects, such as making an HTTP request, logging something, or accessing the store. The trick for a saga is to stop its execution with some kind of message like ”I need to read this value in the state, get back to me when you have it”. This message is an effect.

Redux-Saga offers some base effects we’ll implement ourselves:

Effects are actually objects (as are actions), so each type of them has its helper to create it more easily:

With the real Redux-Saga, a saga is run by creating a middleware and adding it to the Redux store. In our implementation, to keep it simpler we’ll create a function runSaga, taking as parameter the store and the saga:

Now is the time to handle our saga and the effects it triggers.

Call a function with call effect

The easier way to understand sagas and JavaScript’s generator functions is to remember they basically return an iterator. Each of the value returned by the iterator is an effect, and we call iterator’s next value with the response expected by the effect:

Let’s illustrate this with this first implementation of runSaga, handling only call effects for now:

We basically handle the iterator returned by the saga as we would handle any iterator. And depending the effect, we decide what we do. Here we call the function referenced by the call effect with associated parameters:

Note that we use await to wait for the promise to be resolved (it even works on non-promise values, good for us!). await has similarities with yield instruction, and before the async/await syntax landed in ES2015+, some libraries used generator functions to simulate it.

Let’s use this first implementation with an example.

By running this example you should see something like this in your console:

As you can see our runSaga function first intercepted one call effect, called getUser function and waited for the result since it’s an asynchronous function. Then with the second call effect it called showUserName function.

Read and write to the store with select and put effects

Next step is to be able to read from and write to the store, thanks to select and put effects. Now we have the boilerplate to handle effects, it should not be too complicated to understand.

For select effects, we just call the given selector passing it the state as parameter. For the put ones, we dispatch the given action. Let’s test these effects by improving our sample.

Now our saga will get a user ID from the state, then call an API to get the user infos, and finally dispatch an action to save these info in the state.

You should now see something like this in your console:

This works very well, and you’ll admit that this kind of saga is very common. But something is still missing. When you write sagas, you want to react to certain actions. Here we just ran our saga, but how can we run this process only when a given action occurs?

Usually we’d use takeEvery helper to tell Redux-Saga we want to execute some saga when an action with the given type is dispatched. But before being able to implement takeEvery, we need to implement two base effects: take and fork.

Wait for a specific action with take effect

take effects wait for any action with a given type, and resumes the saga only then. For our example, we want to get the user info only when an action with type “getUser” occurs.

Implementing take effect is not difficult, we just need to subscribe to our store’s actions event emitter actionsEmitter, and resume the iterator with the next matching action. By using an approach based on promises, it looks liek this:

Now we can update our saga to get user info only on “getUser” action:

You’ll notice in the console that we just have one effect triggered: the take one. You’ll have to dispatch a “getUser” action for the rest of the saga will be executed:

That’s almost perfect, but if you try to dispatch a second time the same action, you’ll notice that nothing happens… That’s because take only subscribes to the next action with given type, not all of them. One solution to react to every “getUser” actions could be to wrap our saga into an infinite loop:

It works well, and don’t be afraid it’s not actually the kind of infinite loops we tend to forbid, it’s just an infinite iterator. The saga will never terminate, but the content of the loop will be executed only once per “getUser” action dispatched.

Yet, it’s still not perfect. What if we want to subscribe to two action types, let’s say “getUser” and “getDocuments”. take effects block the saga execution, so it’s not possible to write:

To be able to handle several actions with take, we need to be able to fork our saga to create several execution contexts. That’s the point of the fork effect.

Basically, we just call our runSaga function again, to start a new execution. When forking a saga, you give another saga to execute as parameter. Both saga (the initial one and the new one) will continue to run independently. So now you can write:

Forking a saga, create infinite loops and waiting for a given action type is very common. But if you don’t remember using fork and take that often, it maybe because you prefer using the very helpful takeEvery.

React on specific actions with takeEvery

takeEvery is just a helper to achieve what we did more easily. For a given action type, it forks the saga, creates an infinite loop, takes all actions with this type, and run the new saga, passing it the action as parameter.

Notice the use of yield* instruction. Here we don’t want to trigger an effect, we just want to execute the saga, in the same execution context. We use yield* to call takeEvery too. Have a look at the final version of our saga:

Note: in real Redux-Saga you don’t have to use yield*, you can just use yield. This is because their implementation took care to check, when an effect is triggered, if this effect is a generator function. If yes, treat it as if it was called with yield*.

As you can see, in this implementation takeEvery is not really an effect, just a helper to trigger other effects.

The trace in the console is really interesting:

This concludes our Redux Saga implementation and this article. The final code with samples is available in this CodeSandbox.

I hope that after reading this article you understand better Redux and Redux Saga. You understood the goal was not to learn how to create your own implementations and use them in production.

But now you can see that there is nothing magic in these libraries, nor there is in most open source libraries. By learning how to rewrite minimalistic and naive implementations, you discover that they’re not as complicated as they may seem, even for experienced developers.

Many thanks to Marvin for his review. Check his blog, it’s awesome too!